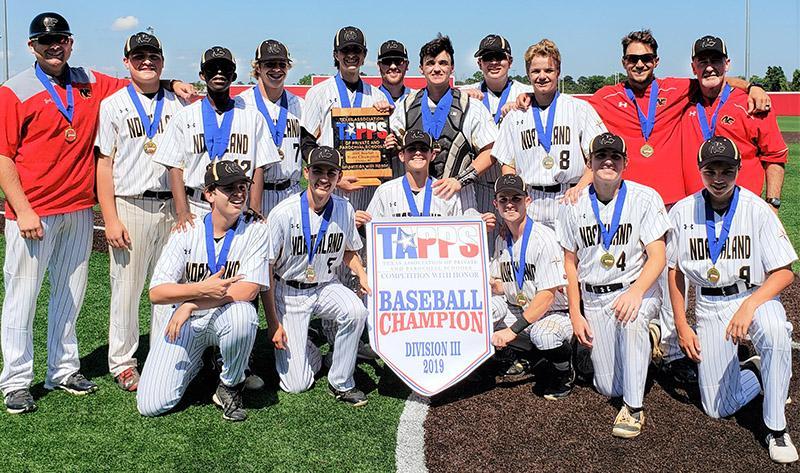 Northland Christian School is very proud of our baseball program. Built upon a culture of selflessness, self-discipline, and sportsmanship, Cougar Baseball is training young men in becoming leaders among their peers, in their families, and in their communities. Our baseball complex is one of the nicest in the city, with a beautiful natural grass field, new clubhouse and a brand new indoor hitting and workout facility.
The Cougar varsity baseball team won the TAPPS Division III State Championship in 2019. This past season was cut short by the global pandemic which cancelled the school year and remainder of the baseball season. This year's team will again compete for the coveted state title with 4 returning starters and 8 returning lettermen. Building a tradition of advancing deep into the postseason, Head Coach Rick Nixon is confident that this team is poised to repeat as State Champs. Nixon is in his sixth year as Head Coach and eleventh year as a member of the baseball coaching staff at Northland. He is joined on the staff by his assistants Coach Ben Vigil and Coach Monny Webster. Coach V has coached baseball for many years in the Houston area, including years at Houston Christian where he won 3 state titles and Cypress Christian where he was twice named TAPPS Coach of the Year. Coach Webster was named Northland Middle School Coach of the Year in 2019 and will manage the junior varsity and middle school programs. This very talented coaching staff focuses on proper player development, starting at the middle school level and is committed to building character, integrity, honor, and accountability in the student-athlete.
Each year, for the past several years, the Northland baseball program has seen several of its players enter the college ranks. With connections from their many years of coaching baseball, the coaching staff is dedicated to finding a college program for each player interested in furthering his baseball career.
Cougar Baseball Stadium
14279 Sylvanfield
Houston, TX 77014